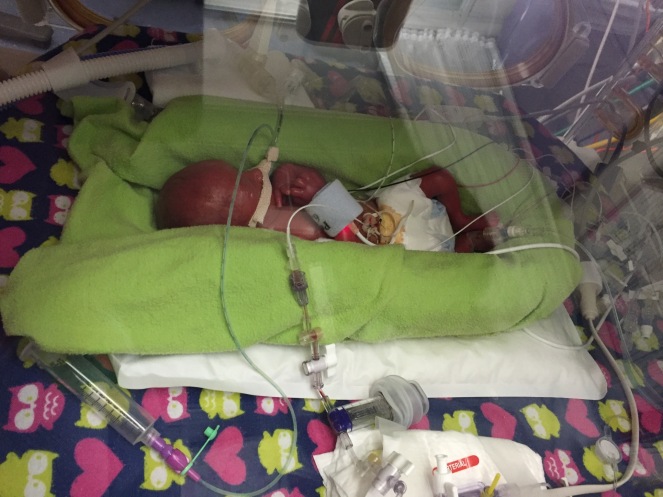 The morning after Sora’s birth they extabated her and put her on a bubble cpap. She was on the lowest oxygen setting for days and everyone was calling her an overachiever. 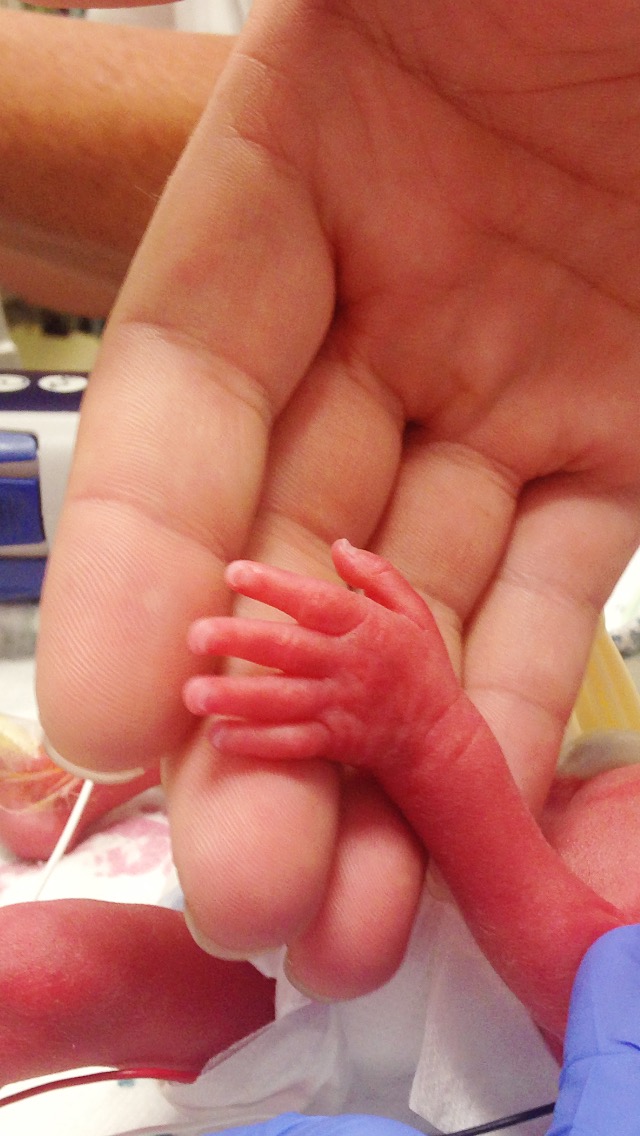 She started to get tired after about four days and quickly had lots of A’s and B’s. Which is where her heart rate drops and she forgets to breath. It’s really common for all preemie babies. It was really hard to see after have three days without a single episode. They found that she had a PDA which is a valve near the heart that pumps blood to the lungs and normally closes for preemies after 4-5 days and hers was not closing. They started her on ibuprofen and Tylenol to try to close it. After three days they did a new echo on her heart and it was smaller and closing.

We tried to get pregnant for almost 8 years and after fertility specialists and years of waiting we gave up. Then we moved and were so excited to find out that without any doctors or treatments we were pregnant. At 20 weeks I had to have an emergency cerclage and was able to hang in there until almost 25 weeks. Sora is our little miracle.
Loading Comments...
%d bloggers like this:
%d bloggers like this: